This is the first in what I hope will be a long string of regular blog posts. Of course I thought that a few months ago too and then didn’t have much (if anything) to say for the last 4 or 5 months. So no promises.

One of the main reasons for a lack of blogging has been dissatisfaction with my blogging software. To briefly recap, my old laptop was a Dell. It wasn’t good for much but typing my stories and when it started randomly pressing the control button while I was typing, it wasn’t any good for that anymore either. I replaced it with a lovely Mac machine, which I was extremely leery of at first. These days I’m happy to report I’m actually quite smitten with it and spend hours of every day doing pretty much everything on it.

One of the downfalls to switching OS was that I needed to replace Windows specific software, including the Windows Live Writer software I used for blogging. It’s free and intuitive and I love it. But how hard could it be to find something similar for Mac? Well, I wouldn’t know because I more or less gave up on it. I tried Qumana, but it didn’t click with me. Now I’m working with Ecto. So far so good.

I only tell that long and ultimately uninteresting story to segue into the real point of my post. Almost a year ago now, I posted about my go to software programs for my Windows set up. I’m still 100% supportive of those choices, by the way. It was hard to find replacements for them, especially Onenote. That one was tricky, but I’m so inspired by the replacement that I found that I overcame my aversion to finding a new blogging tool to just to be able to share with you.

Scrivener– This could very well be a one stop program because it has some pretty robust planning tools built into it, but I personally just use the word processing capabilities because I don’t care for Open Office (free). There’s a lot of positive things to be said for Scrivener that have been mentioned at length in the many reviews out there so I won’t restate them all. It’s worth checking out.

Curio– This is the only other program I use for writing these days. I tried several note taking/organizational programs before I settled on this one. It combines the mind mapping features I loved in Xmind (free) with the free form note taking capabilities of Onenote. It does have a pretty steep price tag. I bought my copy on “Cyber Monday” at 25% off and still ended up paying over $100 for the mid-grade version, but I feel good about it. I’ve posted before about my need for extensive outlining and prewriting so I get a lot of use out of the program.

As far as I’ve been able to determine, Curio does all the same things I used Onenote for and then some. It’s got all the flexibility to arrange text, images, and other media around on the page that I enjoyed with ON. In a writing context, I used that feature to arrange several pictures per page (I use pictures I find online as inspiration for characters or settings) and I like to write summaries in one column with annotations running beside it. I’ve tried other programs, but that’s a fairly unique feature, but one I really wanted.

Another improvement is that Curio supports more levels of hierarchal organization than ON. ON is committed to a notebook analogy, which is fine. I actually find it very attractive. But that seems to preclude very many levels of organization. Curio uses a combination of sections, folders, and workspaces to organize everything and allows folders within folders. I haven’t found a boundary to that yet, although I haven’t tried to go deeper than 4 or 5 levels at this point.

The visual tools in Curio are what really sets it apart in my mind. You can make mind maps and lists using several preinstalled templates and you can then further customize them with color swatches you can download from different online sites. That’s such an unnecessary feature, but one that I love anyway.

Here are a few screenshots of Curio in action with the story I’m working on currently.

This is an example of one of my character’s mind maps. I have a blank template that I have saved and I just copy and paste it onto each workspace I create for a character. I customize the colors as desired, but otherwise the style information carries over from the original. This is also a look at the interface itself.

This is just an example of how I drop a photo onto the workspace to use as visual inspiration. I either search Google for photos or look at stock photo sites. I don’t pay for the images since they are for my own personal use. I just ignore the watermarks. Sometimes I’ll add a paragraph of notes underneath if there’s more to say than what I can easily put into a mind map. Curio supports voice recording and other kinds of media, including handwriting using a tablet, so there’s a lot of room for building some truly epic notes. 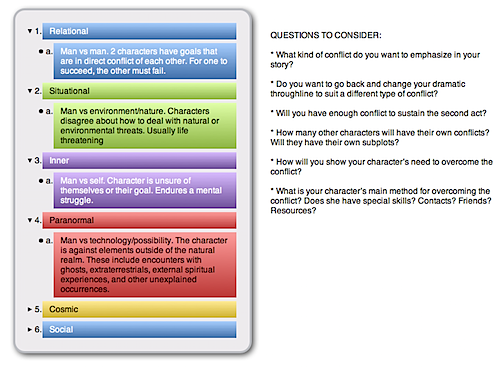 This is a grab of the list tool. It also supports color customization. These are just some notes I took while reading a book (“Story Engineering” (Larry Brooks) good book, btw. I’m enjoying it a lot.) the other day. **

Curio also makes tables and notecards, although I haven’t used those features at this point. You should truly take the time to look at their samples. If you aren’t totally impressed then I want to know what note taking program you use because I think I want to buy a copy.

That concludes my little essay on the reasons why Curio is a writer’s best friend and a viable substitute for ON. As far as the Ecto experiment, I haven’t tried to publish yet, but everything else has worked as good, if not better than, hoped. It even has an “Amazon Helper” tool that let me look up the link for the book I mentioned without having to leave the editor. Very cool. I think you guys might be seeing more of me around these parts real soon.

**Edit: I took new screen shots for this post since the old ones were too small to be useful due to my inexperience with Ecto at that time. The list is actually from “Story Structure Architect: A Writer’s Guide to Building Dramatic Situations and Compelling Characters” (Victoria Lynn Schmidt) which is another helpful book that I’d recommend.

5 Gifts for a Writer Mama

It’s Mother’s day again, a totally made up holiday in which we’re encouraged to (yet again) profess our love for someone on this specific day instead of being encouraged to love them the whole year round. But since I’m a giver, I thought I’d make a list of awesome gifts for mothers who are also writers. (Did I mention I love making lists? True story.)

A Netbook- I have a HP mini netbook that I’ve had now for a few years and it’s an amazing little machine.  The prices are relatively low (most start around $200) and it’s perfect for writing on the go.  These little guys are beyond portable. You can slip one in a large purse and they barely weigh anything.

Microsoft Onenote– I’m a HUGE fan of ON. Like a fanatic. But there’s great reason for that. Onenote is an amazingly useful, very powerful organizational tool. I don’t think there’s a single person would wouldn’t benefit in some way from having this program, but writers especially have a lot to gain.

An Iphone 4-  Everyone needs a cellphone, but why not get the mother in your life an Iphone? There are hundreds, if not thousands, of apps that span the range between productive to purely for entertainment. I use my phone daily for so many things, including note-taking for my WIP. 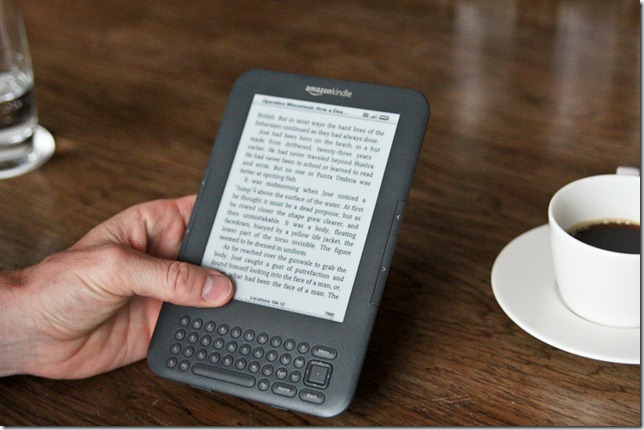 An ereader- I have both a Kindle and a Nook and while my preference is the Kindle, they are both amazing devices.  A writer needs to read, after all.

Scrivener– This is one that’s still on my own wish list.  A versatile program that helps with the plotting and writing of novels, short stories, and screenplays, Scrivener seems like a must have tool for any serious writer.  The Mac version is polished and gets high marks from most everyone, but I’m unsure of the status on the Windows version.  Last I checked (around January) it was still in beta testing and running with a lot of bugs, but that could have changed by now.

Now you have a list of awesome gifts for writer mothers so get out there and get shopping.